About the cellulose acetate

If someone asks you, what are the most popular eyewear now? Yes, they must be acetate eyewear (Acetate sunglasses and Acetate optical).

While we are eager to look for potentially revolutionary discoveries in terms of fresh new materials, and since the cellulose acetate applied in eyewear, now, the acetate eyewear  are very popular in recent years. Compare to regular Metal sunglasses ,Metal optical and Buffalo horn eyewear etc,  the acetate eyewear is the most popular among these eyewear.

History of cellulose acetate:
The history of cellulose acetate can be traced back to 1865, when Paul Schutzenberger was responsible preparing first acetate, but it was not until 1894 that a method for its production was created by Charles Cross and Edward Bevan. Ten years later, it was found that partially hydrolise CA could dissolve in acetone, prompting brothers Camille and Henri Dreyfus (Swiss brothers whose trademark product, Celanese, is still manufactured as a fibre for use in fashion garments) to create CA films and lacquers that were used during World War 1 for waterproofing and stiffening the fabrics used to cover aeroplane wings.
The appllication of cellulose acetate:
The application of cellulosics to spectacle production is not necessarily new - the material was used to create the faux tortoise-shell designs that were popular in the 1980s - but the aesthetic qualities have been given a contemporary twist. This interaction between old and new can be noted in ‘Ensemble’, sunglasses with a range of accessories that couple modern technology with colour choices inspired by the 1970s. In another example of reinvention, ‘Extreme’ blurs the line between sportswear and fashion, moving away from the image that plastics are mass produced and soulless, instead of emphasising the quality and individuality that can be obtained through CA use.
Production of cellulose acetate:
Cellulose acetate is made by treating cellulose with acetic acid and acetic anhydride using catalysts (sulfuric acid). The cellulose triacetate has 62,5% of acetic acid combined, furthermore is soluble in the reaction of acids; it is put into the water, washed and dried. The compositions for molding of cellulose acetate are prepared with acetate flakes, plasticizers (10-70 parts), pigments and dyes, by mixing these ingredients in cylinder mixers, extruders or in closed mixer (Banbury) at temperatures between 175 ° C and 270 ° C.
Features of cellulose acetate:
The cellulose acetate has good properties of toughness and impact resistance; it is stable at room temperature and has good resistance to discoloration when it is exposed to sunlight. This material can be produced in a wide selection of colors, in transparent or translucent form. The field of applications is very broad including toys, sundries, hosehold stuff; in form of sheets, it is widely used in packaging, electrical insulation and belts. It is also used in large quantities for the production of non flammable photographic films.
The acetate eyewear is fashionable, Rich colors，and it is easier to match the clothing(Especially acetate sunglasses). In recent years, acetate optical and acetate sunglasses have become one of the most popular eyewear. 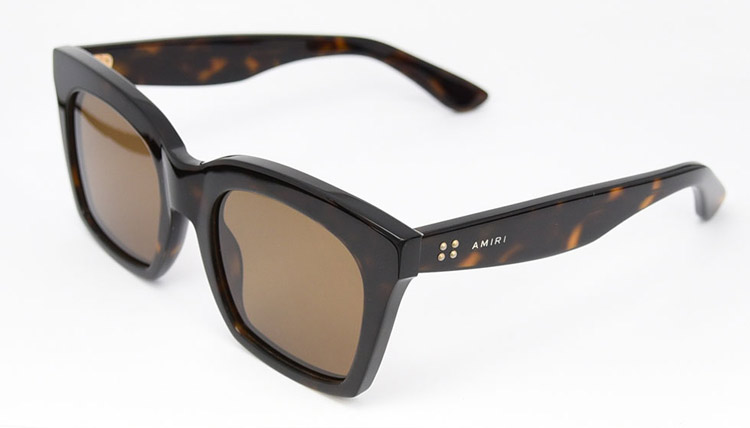 It combines the thickness of the acetate and the different metal accessories to reflect the personality and style. The eyewear shape has both modern and classic features, with streamlined and rich-color spliced borders, perfect for seamles.
There are many factories producing cellulose acetate, the most famous is the Italian brand mazzucchelli, and the quality of cellulose acetate produced by factories in China is getting better and better. JINYU and JIMEI are one of the best two, and the quality of their products is basically the same. It is very close to that of foreign countries, and even has certain advantages in some aspects.

PRE：Control the quality of our eyewear