The eyewear we see are rich and colorful, and It is surface treated. When a pair of metal eyewear and titanium eyewear are just polished, It just shows the original color of the metal. Only after surface treatment such as electroplating, the final color will appear.

1. Wrapping or covering. Refers to the whole pair of glasses or a certain part of the eyewear is affixed with leather (commonly cowhide, sheepskin, snakeskin, etc.). It's usually processed by factories that specialize in doing this. The wrapping process is most commonly used on acetate eyewear, especially some fashionable acetate sunglasses. 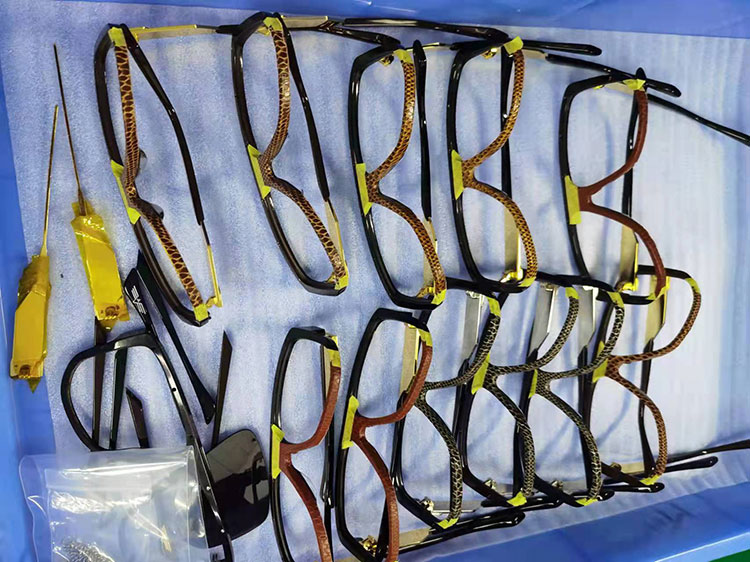 Acetate sunglasses wrapped snake skin
2.Windsor rim. Because it looks like a thin layer of plastic board, it is also called plastic wrapping. Mostly used on the rim of metal glasses. The approximate process is: first order the Windsor plastic that matches the size of the rim, carve the slot position, apply glue, manually put it on the metal rim, press and smooth it, and dry it (drying shrinkage makes it more closely attached to the metal rim) . Full rim or half rim can be wrapped according to customer's requirements. Windsor are most commonly used on metal glasses and titanium glasses.

Titanium Windsor optical
3.Decal paper. The process is similar to that of the Windsor rim. The advantage is that the process is simple and the cost is low. The disadvantage is that it does not look so high-end. The decal paper craft is mainly used on metal glasses.
4.Thermal transfer. The main process of the thermal transfer process is two parts. First, the pattern is pre-printed on the surface of the film, and then the graphics and text on the transfer film are transferred (heated and pressed) on the surface of the glasses by the transfer machine. After molding, the ink layer is integrated with the surface of the glasses,realistic and beautiful, which can greatly improve the grade of the product. Thermal transfer is mainly used in the injection molding frame (the arc should not be too large, otherwise it will not be printed), in addition, the glasses cloth also uses the thermal transfer process more. 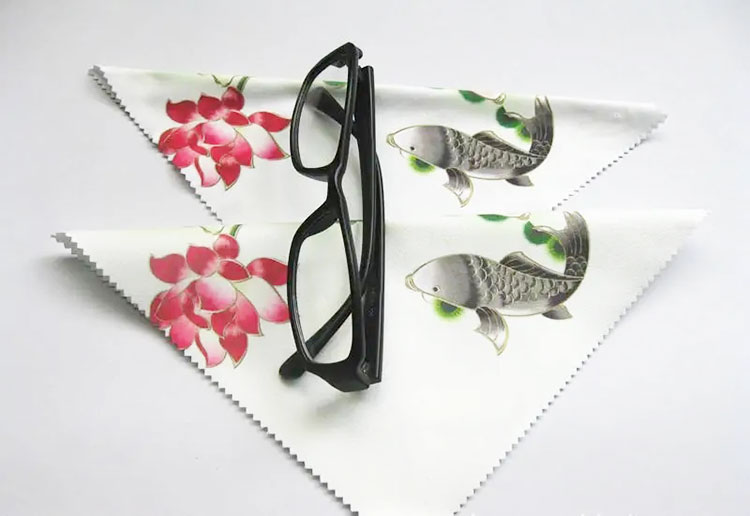 5.3D printing. Refers to Use 3D printer to print graphic information on the surface of glasses. This is a relatively new method. The advantage is that the effect is more individual, but the disadvantage is that the color is relatively monotonous, the adhesion is average, and it is easy to fall off after a long time. At present, it is mainly used in some glasses accessories.
6.Sandblasting process. Mainly applied to the acetate glasses frames and metal glasses frames. Generally, it is sandblasted (placed on the sandblasting machine) after polishing, and directly assembled after sandblasting. Sandblasted for metal glasses: Generally, sandblasting is performed before electroplating, and then electroplating (such as water plating, and then glue) is used after sandblasting. The final eyeglass frame still looks bright. It is different from the electroplating matte color. The matte color is not bright. It is a matte glue added during electroplating.
After a pair of metal eyewear has undergone these surface treatments, there are more different effects. Of course, what kind of surface technology is suitable for a pair of glasses frames should be done according to the characteristics of glasses styles and the requirements of customers.